What does ’73’ mean and why do ham radio operators say it? 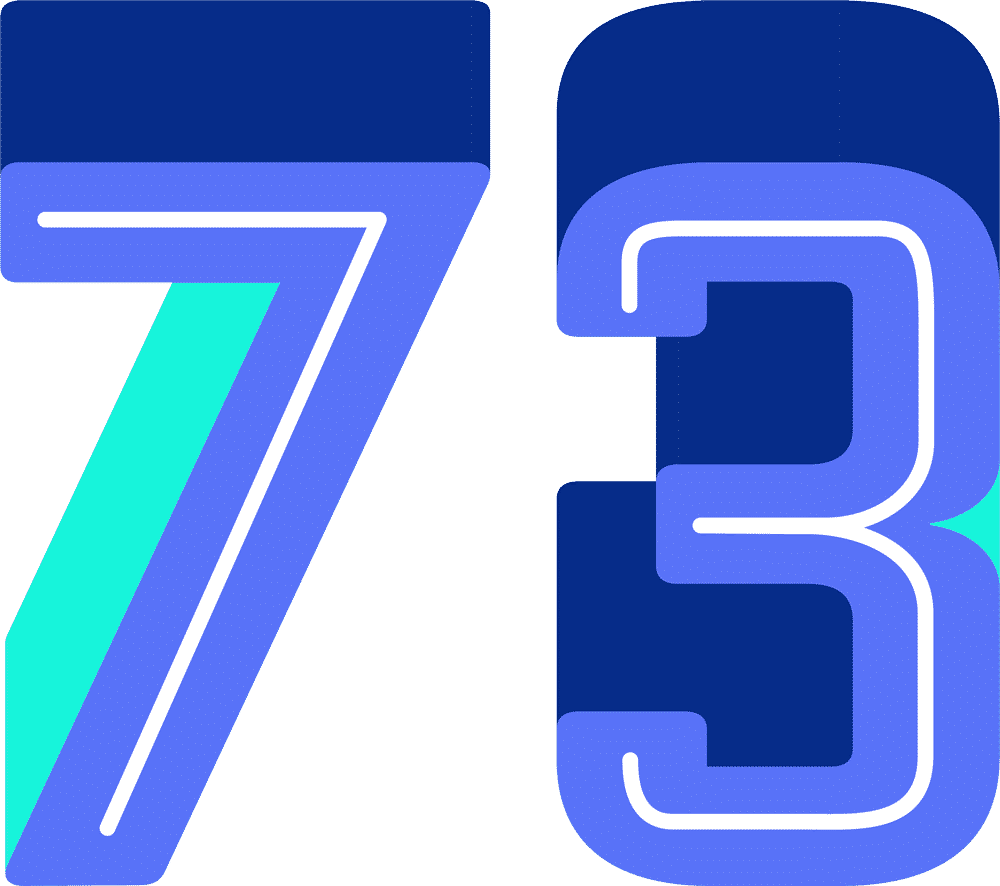 At the end of a contact with a friend, most hams will call out a hearty “73.” It’s so popular that you may see ham radio operators sign “73” at the bottom of an email or even social media post.

The formal definition of 73 is “Best Regards” – it’s a nice way to say goodbye that is unique to amateur radio.

But, have you ever stopped to think why we use that number to end a contact? The answer takes us all the way back to the days of landline telegraphy.

Almost as soon as telegraphers began sending messages, they realized that they were sending the same messages over and over. Often, these messages were meant for other operators to facilitate the handling of messages. For example, one operator might ask another operator, “Are you ready?” meaning are you ready to receive a message. Another common message would be one asking the operator on the other end of the line to wait.

Instead of sending these messages over and over, operators developed a shorthand for common messages. To save time, they would send a number instead of the complete message. For example, the number 1 meant “Wait a minute.” “Are you ready?” was shortened to the number 6. An operator would send 134 when he or she wanted to ask, “Who is at the key?” This code was standardized in 1857, and published in that year’s National Telegraphic Review Operator’s Guide.

The Guide also defines the message 73. Today, we take this to mean “best regards,” but in those days, the literal definition was quite different from the definition we have today. In 1857, 73 meant literally, “My love to you.” Even though it stood for a flowery sentiment, telegraph operators adopted this code as a way to greet each other on the wire and to wish each other well.

In 1859, the Western Union Company published the “92 Code”. This code is similar to the list published in 1857 and consists of a list of numerals from one to 92 that stood for canned messages that were to be used by all operators on Western Union wires. In the 92 Code, the meaning of 73 changed from “all my love” to “accept my compliments.” The message is still quite formal, but that’s how people spoke back then. 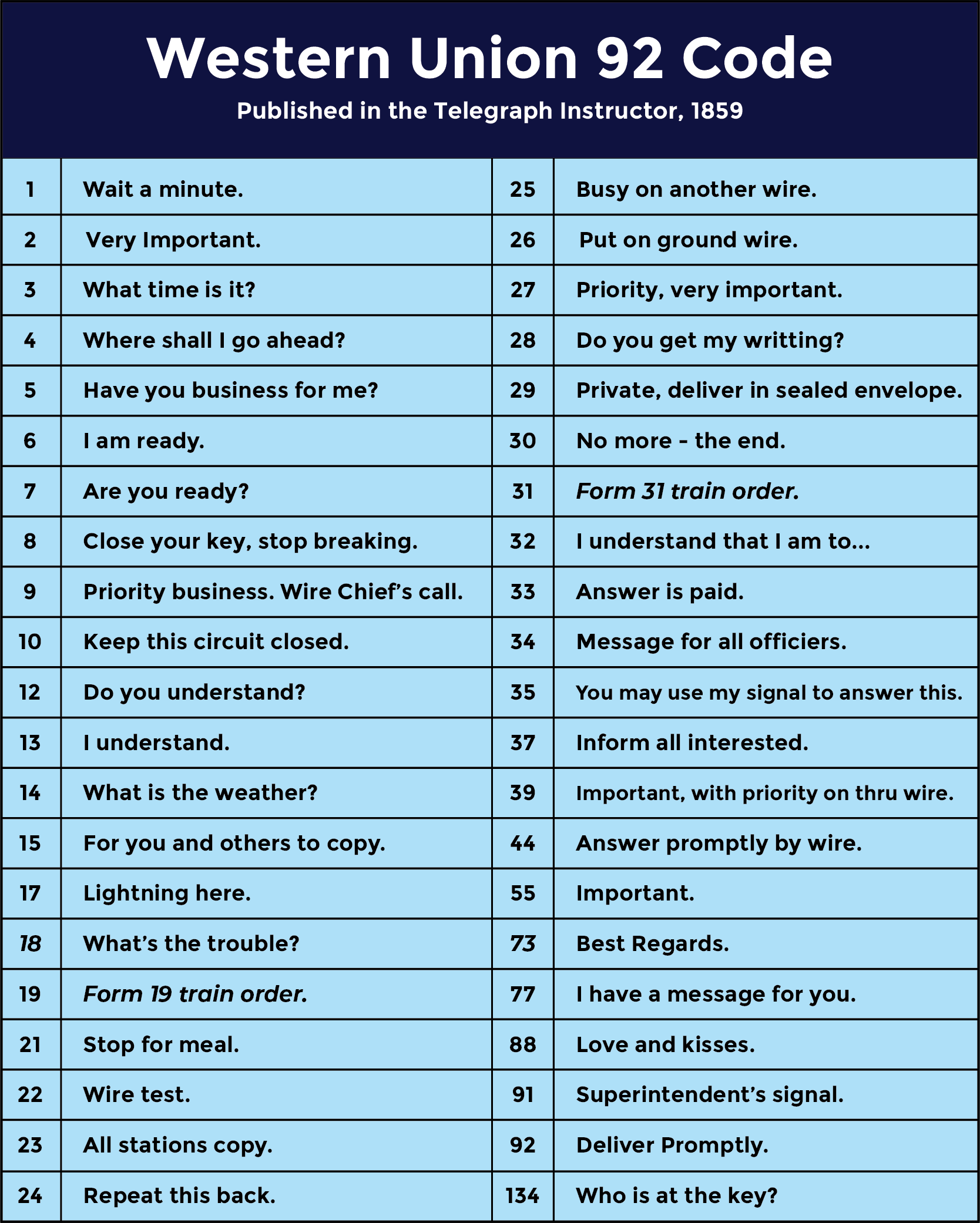 Between 1859 and 1900, the literal definition continued to change. Dodge’s The Telegraph Instructor defines it simply as “compliments.”The Twentieth Century Manual of Railway and Commercial Telegraphy defines it as “compliments,” but also as “my compliments to you.” Theodore A. Edison’s Telegraphy Self-Taught, which was first published in the early 1900s once again defines 73 as “accept my compliments.” The 1908 edition of the Dodge Manual gives two definitions: “compliments” and today’s definition, “best regards.”

By the way, the 92 Code also defines a couple of other messages that are still in use today: 88 and 30. 88 is defined as “love and kisses.” You’ll sometimes hear 88 used at the end of contacts between male and female operators, especially when those operators are husband and wife. If you ever listen to Citizen Band Radio, you’ll sometimes hear them say “eights” at the end of a contact. That’s just an abbreviation of 88.

The 92 Code defines 30 as “no more” or “the end.” You still often find this code, written as “-30-,” at the end of press releases. It signals whoever is reading the press release that they’ve reached the end and that there is no more to follow. Today, when sending traffic, we’d use the prosign AR instead of 30.

While “best regards” may be the formal definition of 73 these days, we use it in a much less formal, much more cordial way these days. We’re not just saying “good bye,” but also “thanks” and “hope to see you again soon.” And, with that, 73 from Dan, KB6NU.