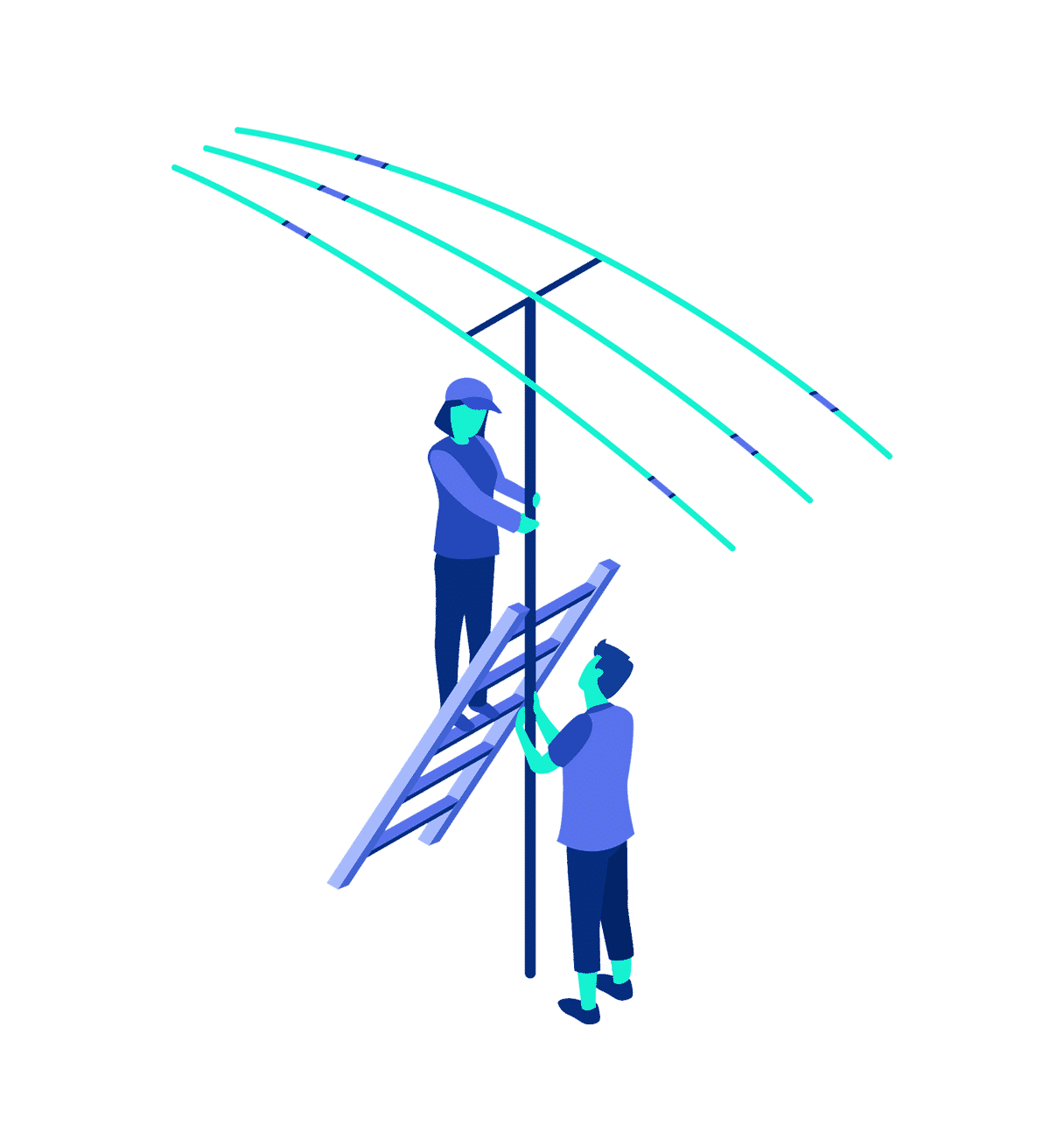 Aside from your radio, the most important piece of equipment you own is the antenna that your radio is connected to. There are many different types of antennas out there and choosing the right one for your radio can make a big difference in how it performs.

Let’s take a look at the most popular types of antennas for VHF/UHF operation. 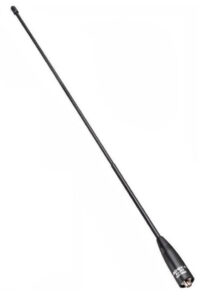 The first type of antenna that most radio users come into contact with are the small vertical antennas found on most handheld radios. These antennas are jokingly referred to as “rubber ducks” because the antennas consist of a rubberized jacket over a helical radiating element. In general, these are not very good antennas.

There’s even a question on the Technician Class license exam about rubber duck antennas. Question T9A04 reads, “What is a disadvantage of the ‘rubber duck’ antenna supplied with most handheld radio transceivers when compared to a full-sized quarter-wave antenna?” The answer is, “It does not transmit or receive as effectively.”

To improve the performance of your HT (aka Handheld Transceiver), you can replace the supplied rubber duck antenna with a more efficient antenna. Most HT replacement antennas aren’t quite as long as a quarter-wave (19 inches), but some do come close. One of the more popular replacement antennas, for example, is the Nagoya NA-771, shown in Figure 1. At just under 16 inches, this antenna is close to a quarter-wave vertical antenna and much more efficient than the typical rubber duck antenna shipped with most handheld transceivers.

Be careful, though. Because this antenna is so popular, unscrupulous vendors are selling counterfeit antennas. To ensure that you’re buying the real thing, consult the Nagoya website for information on how to identify fake antennas. 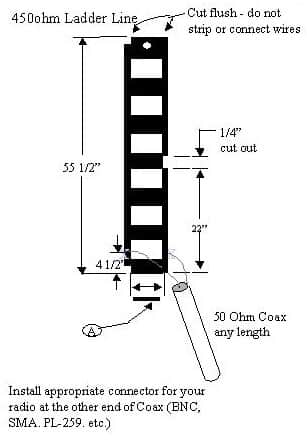 Another antenna that you may want to consider for use with your HT is the roll-up J-pole antenna. This antenna is a favorite for portable and emergency communications, because not only is it a very efficient antenna, it can be rolled up and stowed in a backpack when not in use.

This type of antenna is available from several different vendors, but it’s quite easy to build, and makes a good construction project for new hams. All you need to build a roll-up J-pole antenna is a 60-in. length of 450 Ω ladder line and a length of 50 Ω coax. Make a few cuts to the ladder line, as shown in Figure 2, solder the coax to the antenna as shown, attach an appropriate connector to the opposite end of the coax, and you’re ready to go.

Designs vary, but there are basically three different types of mobile antennas: the ¼-wave vertical, the ½-wave vertical, and the ⅝-wave vertical. In general, the taller the antenna, the more gain the antenna will have. So, if the bulk of your operation will be in town, close to the repeaters, a ¼-wave vertical should work well for you. If, however, you will be operating in fringe areas much of the time, then a ⅝-wave vertical antenna may be a better choice.

A ½-wave vertical antenna offers more gain than a ¼-wave antenna, but less than a ⅝-wave antenna. It does, however, offer the advantage of working well when a good ground plane isn’t available. So, if your vehicle has a fiberglass or composite-material body, then a ½-wave antenna might be a good choice.

Where to mount your mobile antenna?

Where and how you mount a vertical antenna is important. In general, you want to mount the antenna where it will have the most ground plane, such as in the middle of your vehicle’s roof. Unfortunately, this isn’t always possible. The antenna may, for example, be too tall to fit into your garage. If that’s the case, then you may have to mount the antenna to your vehicle’s trunk lip or fender or purchase an antenna that can be folded down when you park your car in your garage or in a parking structure. 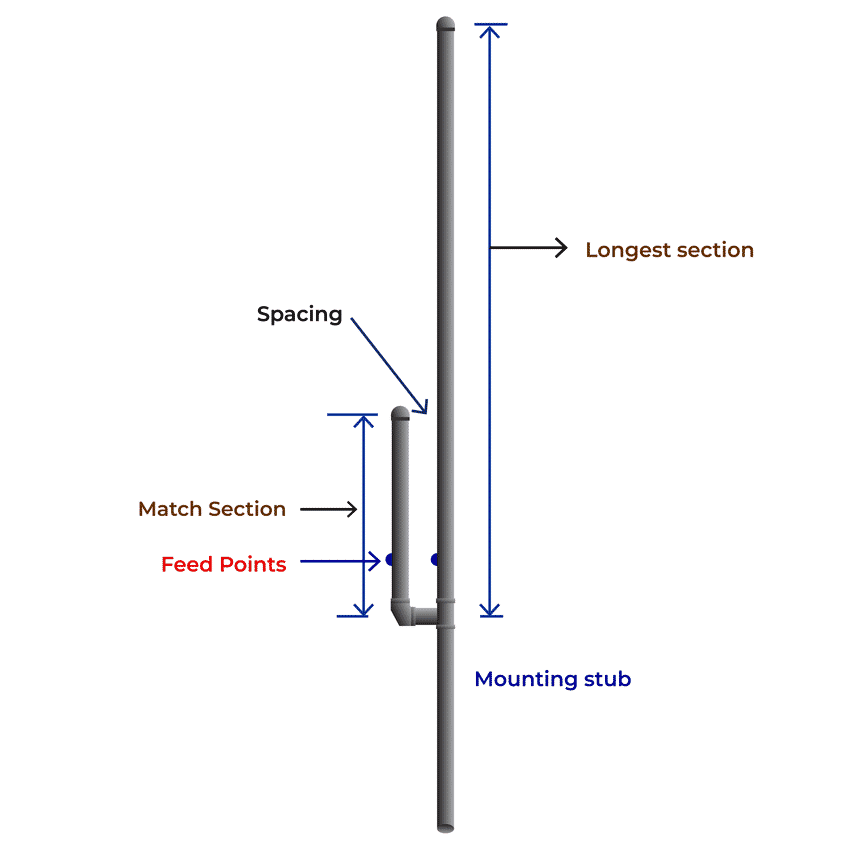 Even though base stations generally run higher power than HTs, they need a good antenna, too. J-poles make good base station antennas, although the design of a base station J-pole antenna is somewhat different from the roll-up J-pole. A popular design for a 2-band J-Pole antenna uses a piece of aluminum angle and three lengths of 1/4-in. aluminum rod. This type of antenna is also available from several different companies, but if you want to try building this antenna yourself, you can find plans at https://nt1k.com/open-stub-j-pole-project-completed-many-times/. 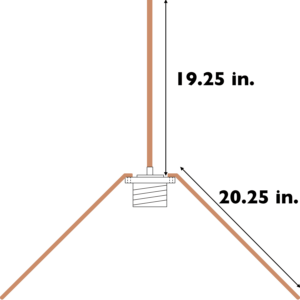 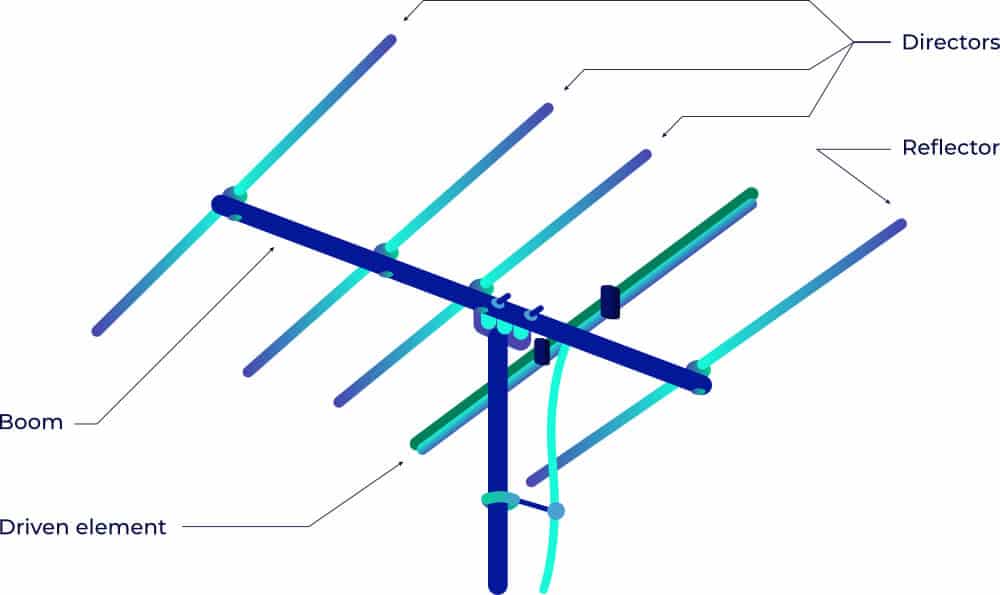 If you’re out in the sticks, or find it difficult to access a repeater, you might want to consider a Yagi antenna. Yagi antennas are directional antennas, meaning that they concentrate your output power in a particular direction. This directionality is also a disadvantage. If you wish to communicate with repeaters or other hams that are in opposite directions from your location, you’ll have to be able to rotate the antenna. VHF and UHF Yagi antennas are available from a number of different manufacturers. 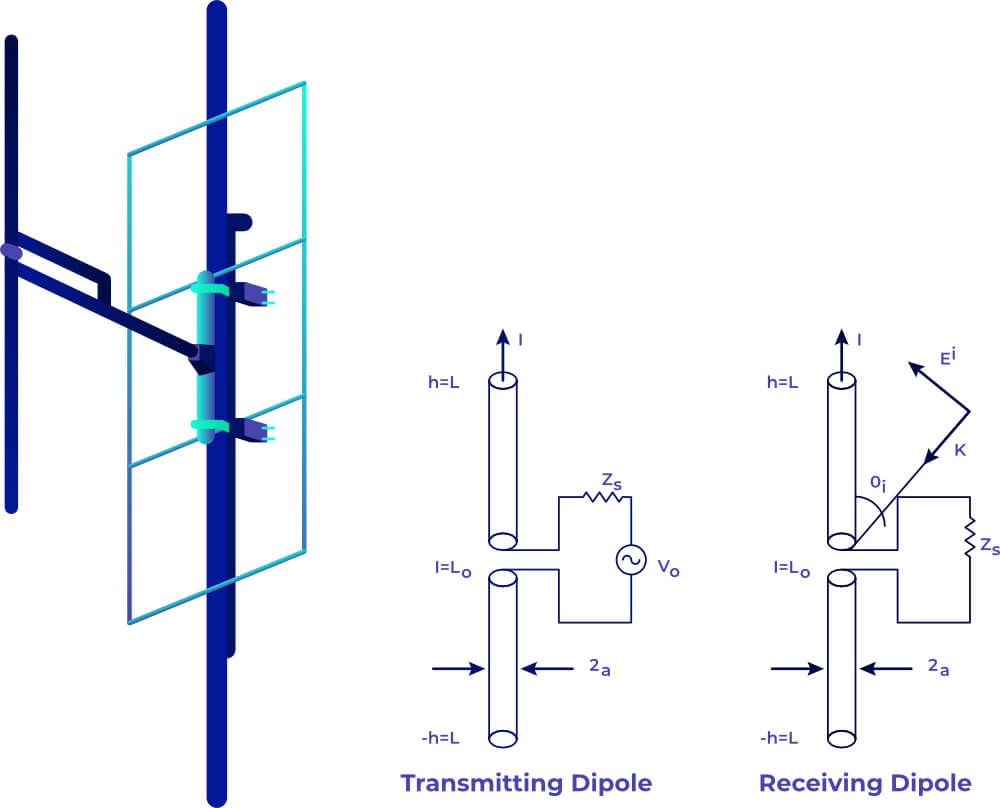 Another option for a base station antenna is the dipole antenna. Because a 2-meter dipole is only about three feet long, and a 70-center dipole antenna is even shorter, you could easily build a dipole and mount it vertically. If you can’t mount it outside somewhere, you could tape it to a window or wooden window frame. As with other base antennas, the higher up it is, the better it will work for you.

If none of these options are good choices for you, say because you live in a home governed by a restrictive homeowners agreement (HOA), don’t despair. Some hams, for example, have good luck simply using a mobile antenna on a magnetic mount plopped on top of a file cabinet or other metal surface. Be creative!